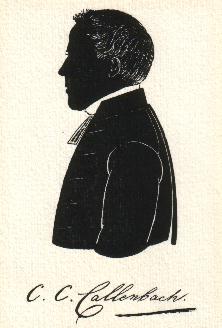 What did the foundation do.
Publication of the family magazine "De Profeet van de Veluwe" ("The Prophet of the Velue")
"De Profeet van de Veluwe" was a publication of the Foundation Callenbach - Meerburg and described the ancestors as well as the progeny of rev. C.C. Callenbach and his spouse C.H. Meerburg.
Donors received the magazine half-yearly.
Organized Board- and Donormeetings once a year and Familyreunions every other year.

The future of the foundation:
In 2013 the Administration was of the opinion that it had complied with the wishes of its founders. For the time being, it has decided to restrict its activities and to assume a more 'dormant' character. The possibility will be left open, however, should some deem it desirable, to once again function as an active Association.
The website www.callenbach-meerburg.nl will continue to function on an active basis, and will also serve as a means of contact.

The board of the Foundation Callenbach - Meerburg wishes you much pleasure during the visit to our site.